A photo exhibition by a French-British couple, who live in Philadelphia USA, was first exhibited at Rauma Maritime Museum and later at Forum Marinum Maritime Centre, Turku. In 2013-2014 as RaumArs artist in residence in Rauma town Tasha Doremus and Sebastien Leclercq met a lot of people who worked in the maritime industry and were content and very proud of its tradition, while back home in the USA this industry is often being criticized or the news is negative. They were curious to see if Finland is doing something in a different way.

The photo documentary project started in July 2013 on a cargo ship from Rauma via Santander in Spain to Hull in the UK. Since then the artists spent over a month at sea in January-February 2014 on different ships along Finnish, Swedish and German coastlines taking photographs of the deck hands working the winches and lines at port. They’ve also donned earmuffs to tag along in the engine rooms and they’ve been elbow to elbow with captains and pilots on the bridge. They’ve enjoyed the warm hospitality of ship’s crews and eaten great food with them in the mess room.

Leclercq and Doremus have also spent time at the Port of Rauma where they sat side-by-side photographing crane operators unloading cargo ships. They hitched a ride with a pilot boat driver in the middle of an icy night to photograph dropping off and picking up the pilots who oversee ships coming in and out of the harbour. They happened to visit STX on the day of its historic transition where they took portraits of the shipyard workers. In an effort to understand how people become seafarers, Sebastien and Tasha also took photographs at the Rauma seamen school (nowadays Winnova and Satakunnan ammattikorkeakoulu). After photographing on a tugboat working in the port, they were intrigued by its cutting edge propulsion system and visited the Rolls Royce factory.

The result of these outings can be seen in a series of photos, time-lapse films and video. Even though being a documentary, these images evoke the romance of the sea. Work is work, sometimes monotonous, but the sea provides a majestic backdrop and a feeling that you can’t experience anywhere else. Even in the most inclement weather one ray of sun can transform the horizon into something magical. 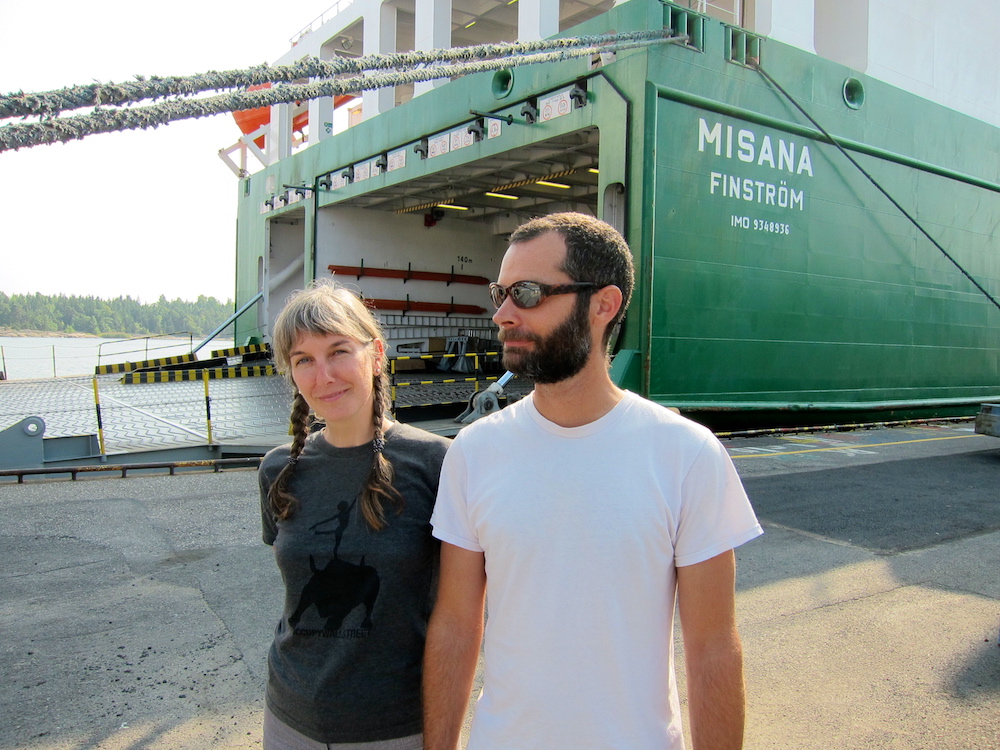 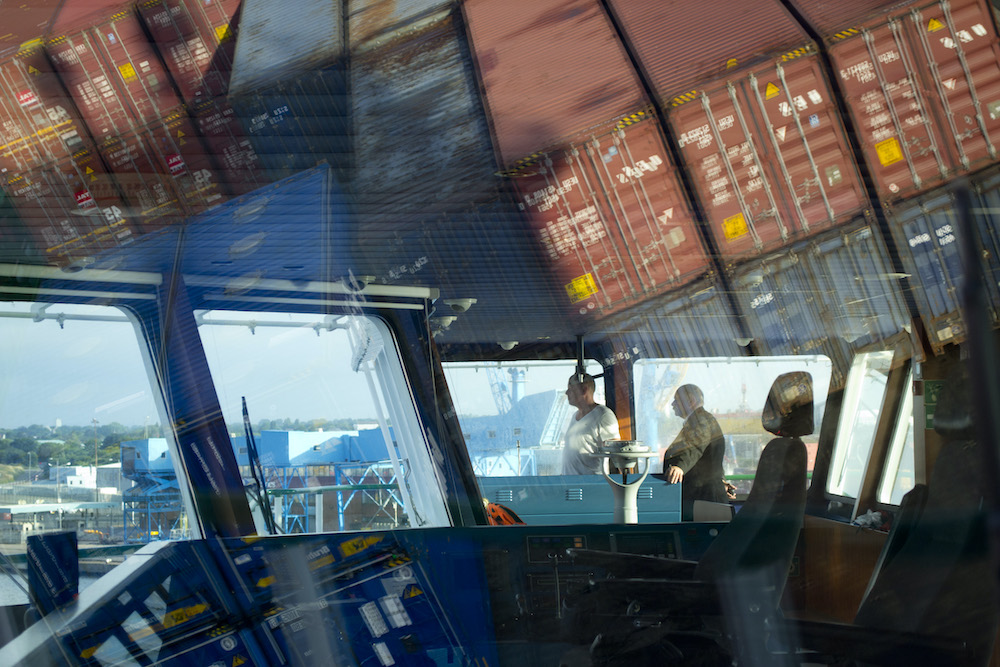 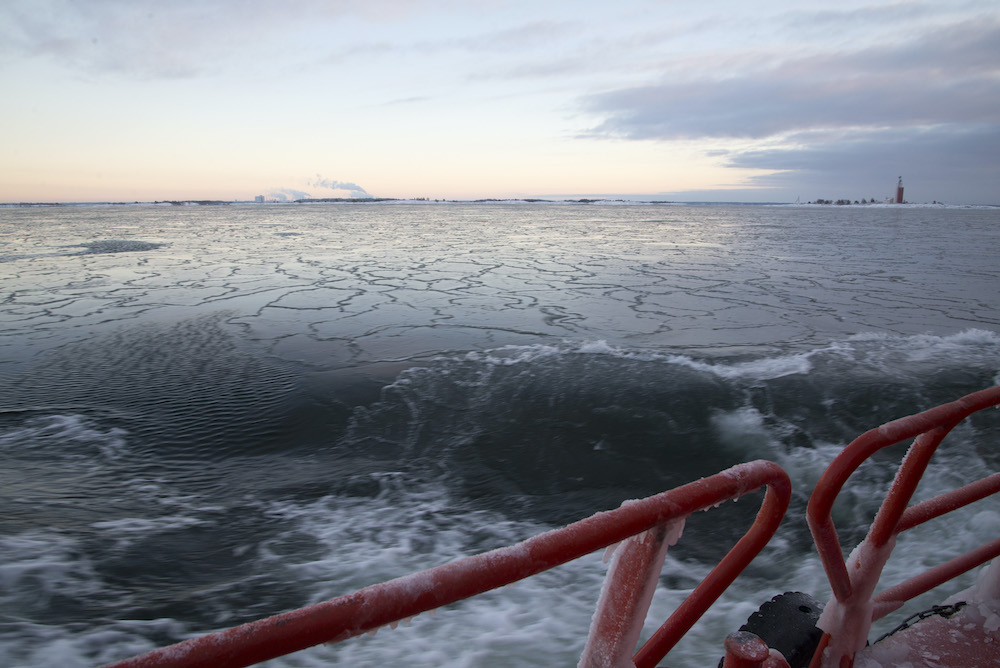 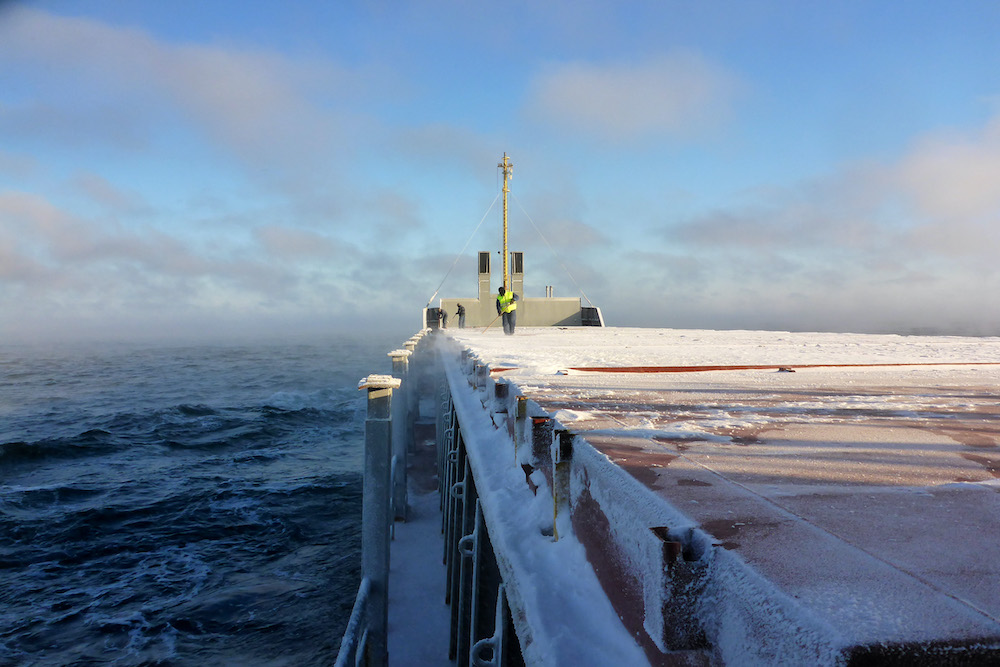 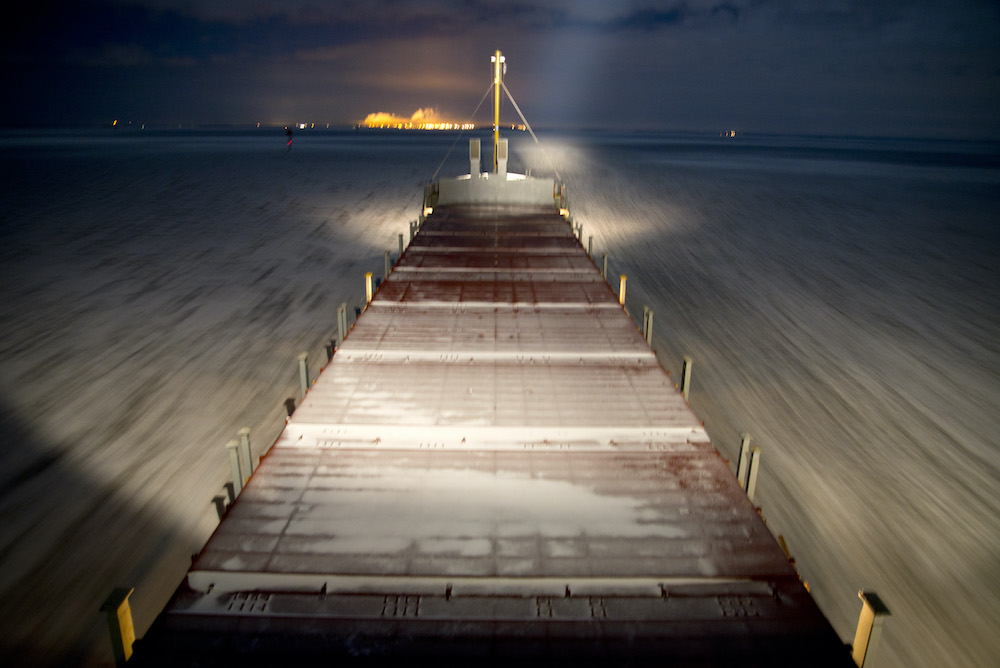 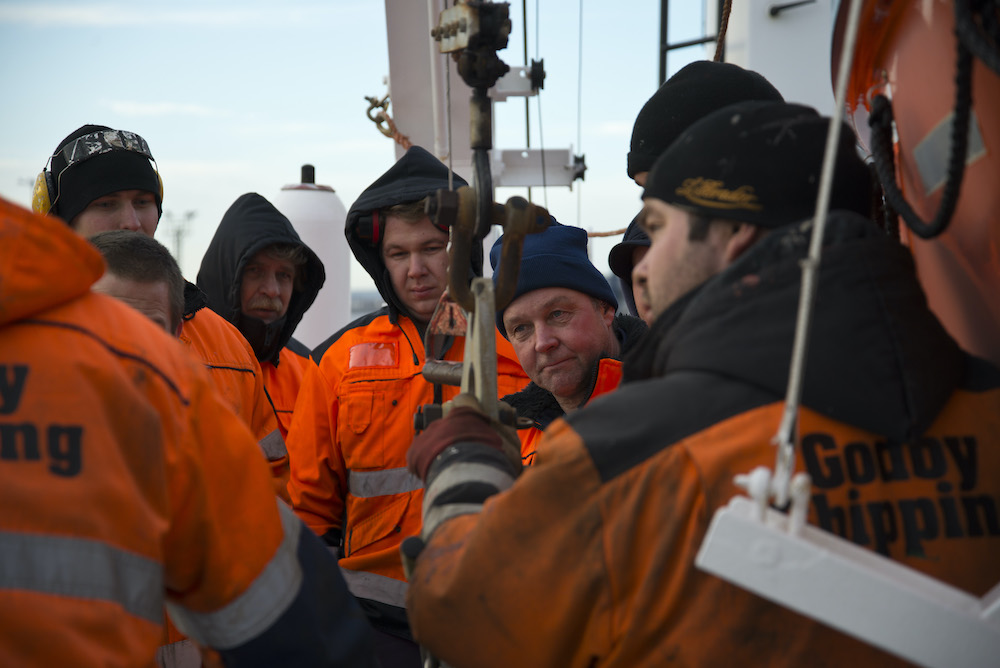 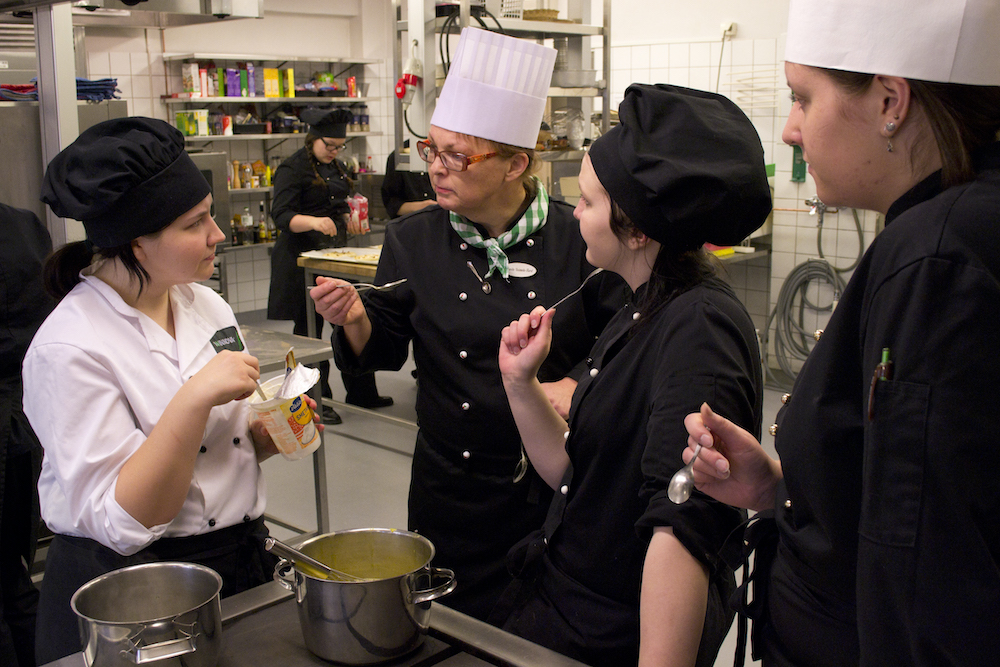 Winnova school culinary students who will work at ships 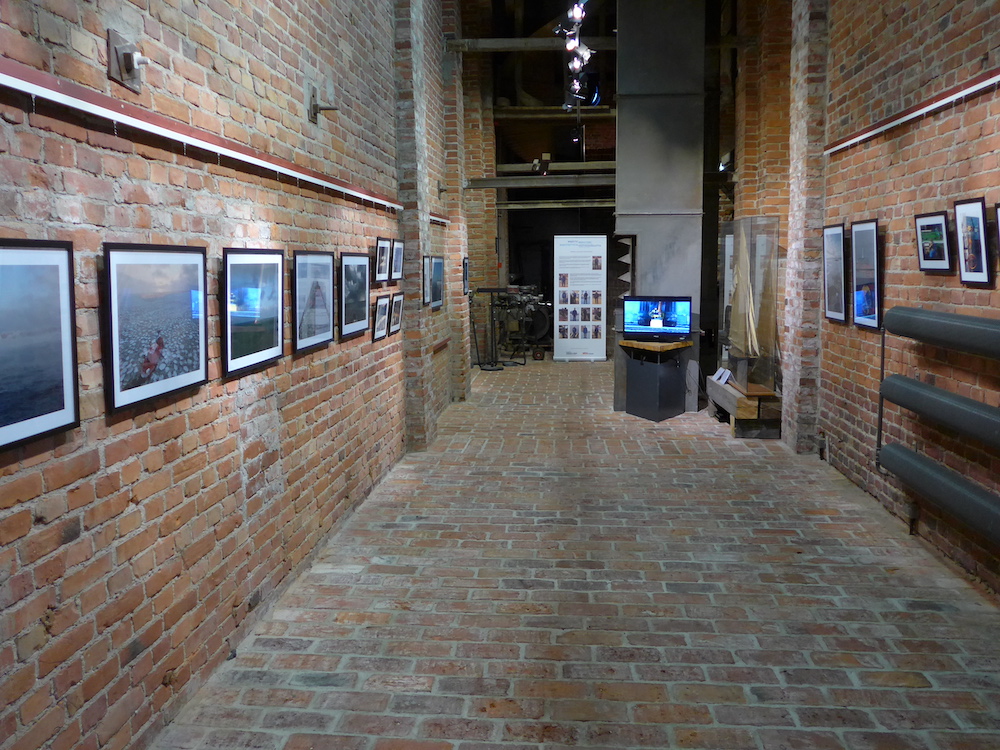 Exhibition at Forum Marinum in Turku 2015

French born Sebastien Leclercq was home-schooled on his family's humble sailboat around the Atlantic Ocean and Caribbean. He has had one-person exhibitions in New York and Philadelphia. He has worked as a draftsman for a Sol Lewitt wall drawing in Boston. He received a BFA in painting from the University of Washington in Seattle and an MFA in painting from the Massachusetts College of Art in Boston. He works in many mediums including photography, sculpture and installation.

Tasha Doremus was born in Britain to Anglo-American parents and spent her early childhood in Japan. She studied Archaeology and Ancient History at Liverpool University and worked in that field as a freelance excavator and illustrator for universities, museums and archaeological institutions in Britain, Bulgaria and Turkey. Her illustrations have been published in various textbooks and journals. In 1993, Doremus moved to the United States and made art her vehicle for engaging in a more thorough exploration of contemporary life. Since 2001 Doremus has been living in Philadelphia. She exhibits internationally.