Ongoing dance duet, presented in public space. Artists perform, dressed up as a gorilla and a blue dancer, every morning during five weeks in Lajo neighbourhood at 8–9 o'clock and and at Äyhö S-Market shopping area at 10- 11 o'clock.

Artists want to be part of people's everyday life and routines. The neighborhoods and locations choosen are always places where they are unexpected guests: peripheral areas, in between or abandoned places, but place where several eyes can witness the action. The duo is dancing in various ways: free dance, disco, acrobatics, couple dance, trance etc. Besides the performative actions they include everyday actions in the routines as well: hanging out, drinking a coffee at the same bar every day etc. In doing so they create a routine of actions that people can follow and become familiar with, which also opens up a space for everyone to start dialogue with them.

The first action was on Saturday 6th of August at the Rauma Market place.
BlueGorilla will also be seen during the Blue Sea Film Festival (19.–21.8.) opening ceremonies. Reschovsky and Pons are jury members of a Baltic Herring Short Film Competition.

BlueGorilla performing at Lain§uojattomat 17, Pori Theatre Festival 6th -11th September 2016 at the opening of the Lainsuojattomat theater festival on the Puuvilla shopping center and Generaattorigalleria area, more or less form 12.00 to 14.00 in different spots.

After that they will start performing at 15.00 near NYTE association’s Galleria 3H+K, Itsenäisyydenkatu 47. In collaboration with Rakastajat theatre and artists association NYTE.

Reschovsky and Pons have created similar dancing-interventions in São Paulo Brazil and in Amsterdam. 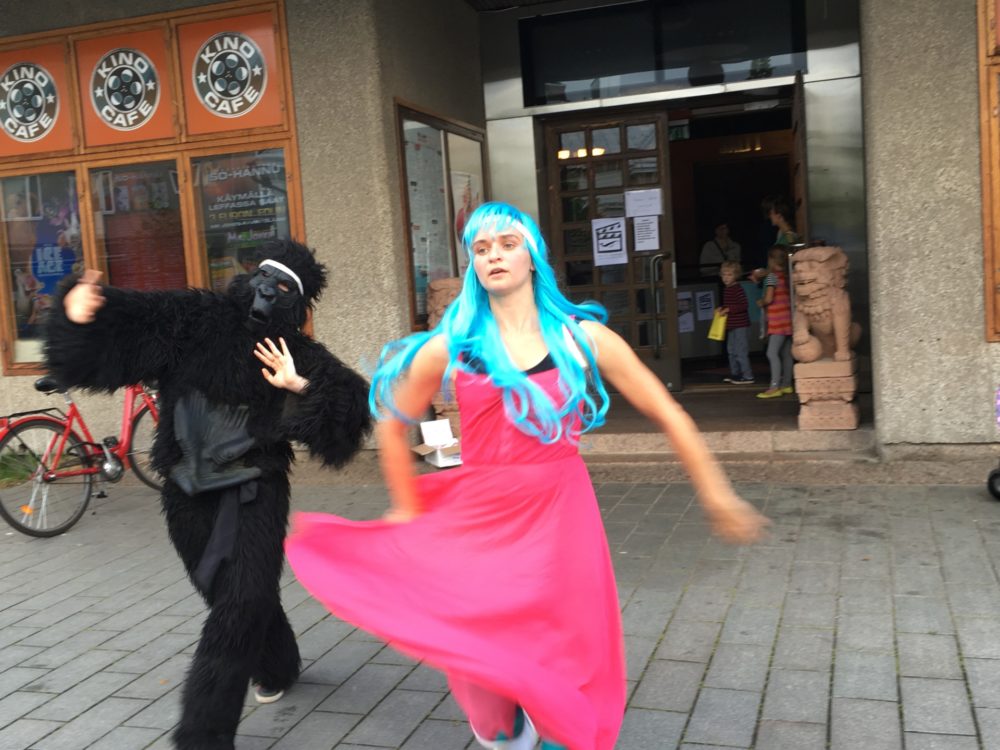 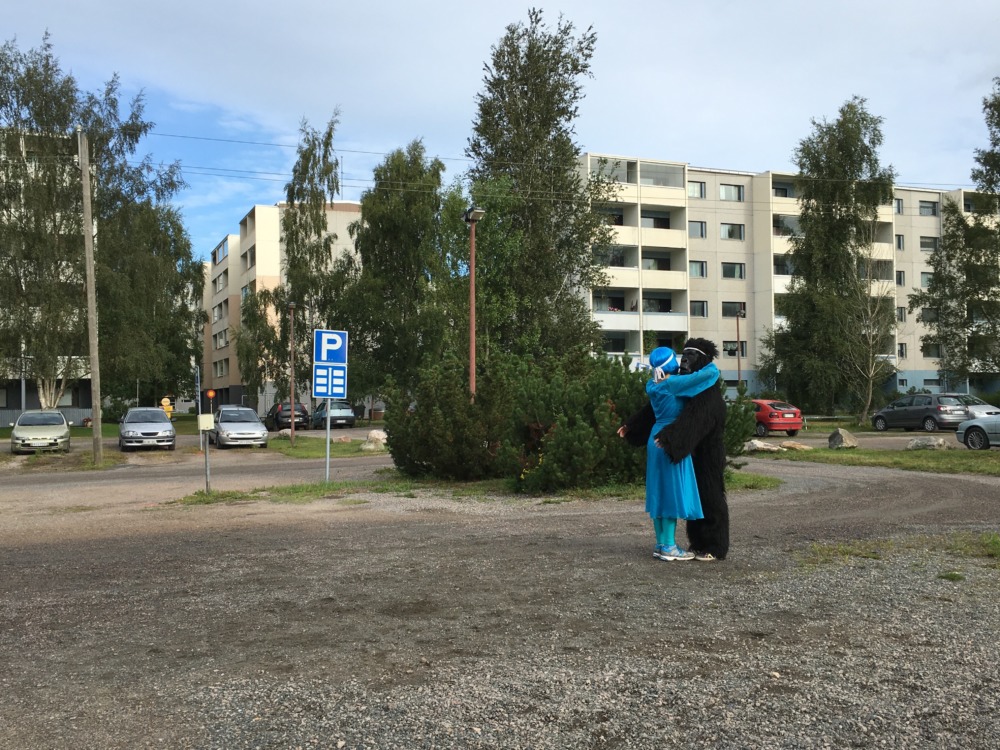 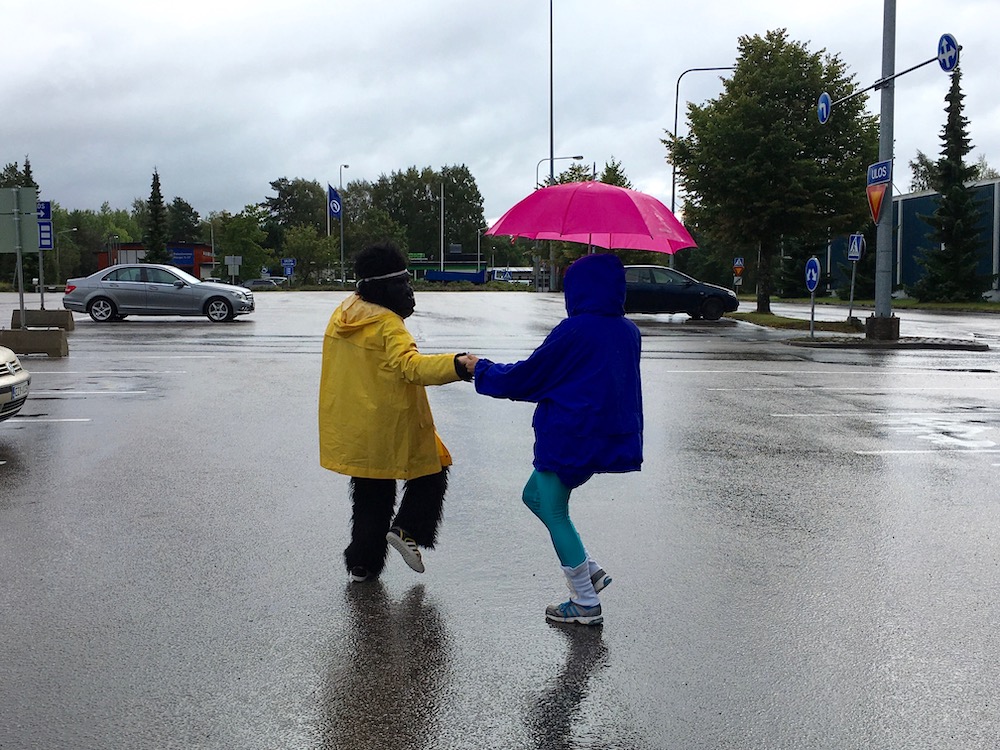 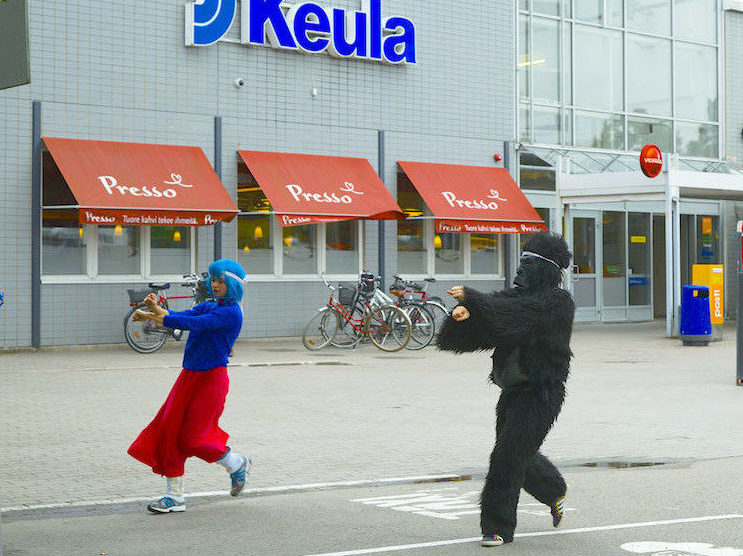