Inspired by the tradition of sending and receiving postcards at Christmas times and while abroad, Sound Envelopes will start from five pieces of original music that the musicians are writing inspired on their experience in Rauma. Places like Sammallahdenmäki (the second World Heritage site in Rauma), museum house Kirsti and the goddess of water, lakes and seas Vellamo have pieces of their own as well as a god of the forests Tapio and Kodinhenki (Spirit of the house). The music will be recorded and presented in the format of a musical postcard, one that can be sent and received just like a normal postcard, but that features a place to plug in headphones, and listen.

Each of the six post cards will be individually crafted with designs made in collaboration with a local printmaker Mari Aspola. The postcard is then delivered to the citizens of Rauma that are interested in hosting a little performance of their music also live in their homes. The postcard will come with instructions to send it onward, through mail or in person, to create a chain of connections.

The postcards will be ending to Passepartout Duo's exhibition in Nakanojo, Gunma, Japan, August–September 2019.

Nicoletta Favaeri and Chris Salvito are accepting emails of interest from people that would like to hear some of their music in a home setting – completely free of charge, at any time to be agreed upon between Dec. 3rd and 16th. Musical instruments on site are NOT required. The only hope is that the artists will be fetched from the Old Rauma or their travel will be paid if the destination situates more than five kilometers away.

The people that will receive a postcard will be then asked to kindly continue the thread of deliveries until the postcard will have reached a special, and undisclosed, place of arrival. At the house concerts Passepartout Duo will be playing extracts from their upcoming concert that will be given in full in a place, which will be announced later.

The album will be digitally released through Bandcamp on December 21st, 2018. Orders for the vinyl record and the original cyanotype prints by Yumo Wu will be fulfilled starting June, 2019. Nicoletta Favari (piano), Christopher Salvito (percussions) and Beijing based artists Yuomo Wu & Yannis Zhang arrived in Ólafsfjörður Listhus residency, Iceland on December 1 st, 2017. Positioned just half a degree south of the Artic Circle, the four spent nine weeks without sun reflecting on the connections between artists, the environment, and the unique local community. The result is an album containing four tacks and original cyanotype prints, handcrafted per order, inspired by this small fishing town and a dark winter.

Early Bird is a jazz band from the rhythm music students of Rauma Music School. Band memebers Aarni Kupari (saxophone, violin), Iiro Kupari (violin, drums), Ilmari Kuusisto (drums, violin) and Onni Vuorenmaa (saxophone). Two of their teachers Laura Iacovache-Pana (piano) and Tauno Saviauk (contrabass) will also be playing in the concert. In addition the violin teacher Einari Kärnä plays in the band. There will be playing some jazz standards, blues and swing. Passepartout Duo is presenting songs for piano, percussion, and electronics that were composed in Rauma over the month of November: they are inspired by folk rhythms and by the experience of living in the old town. Getting to know the local traditions was somehow more magical than real, that's way this music wants to evoke worlds that also belong imaginary spirits. Tickets with cash paymet 10€/5€ (children, students, pensioners, unemployed). Presale Koti-Vakka, Kauppakatu 9. 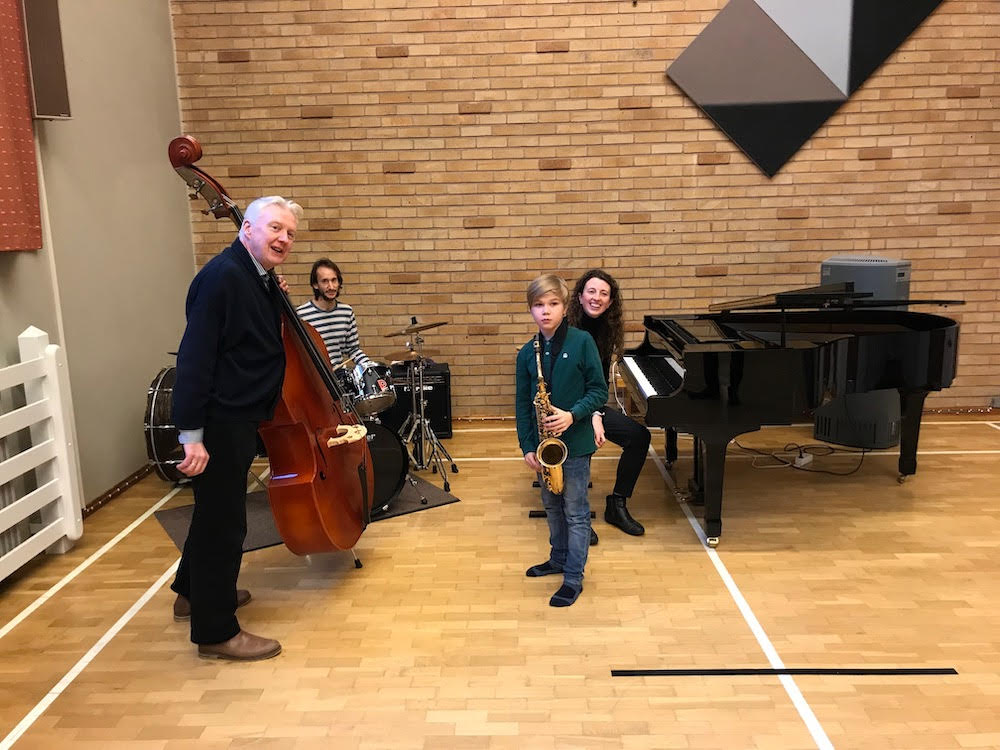 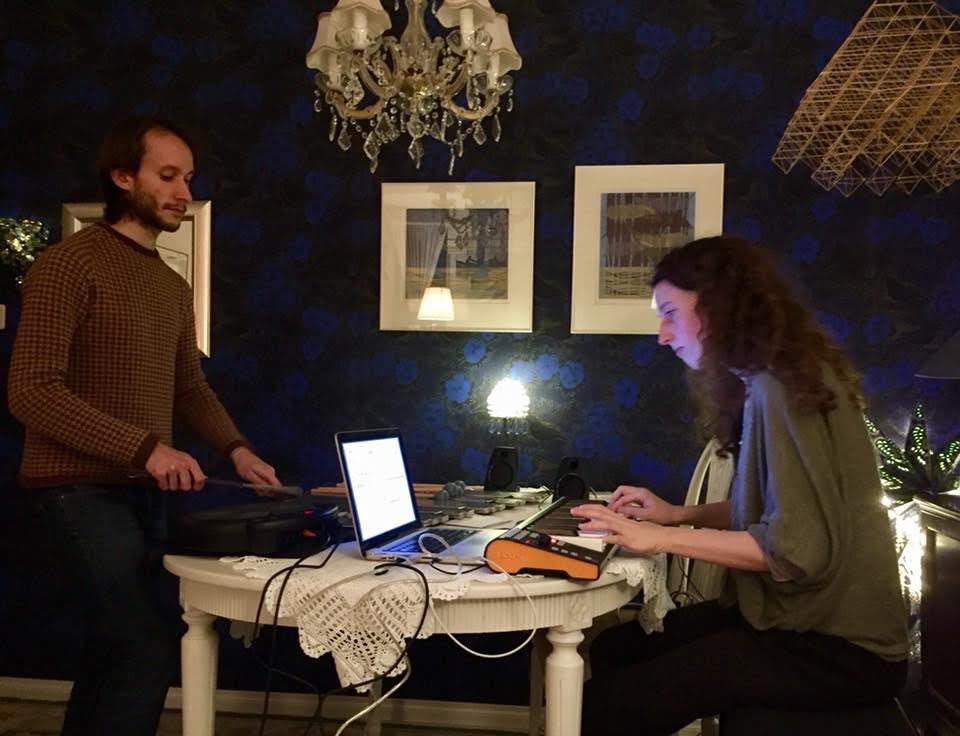 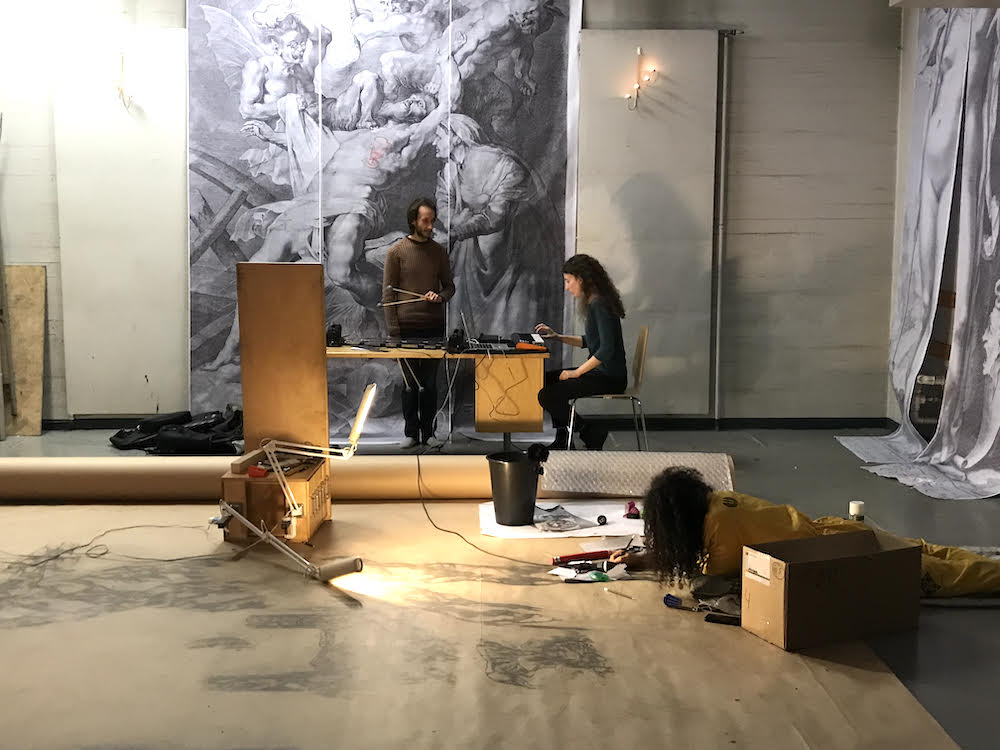 Concert at the workshop of Enrico Mazzone 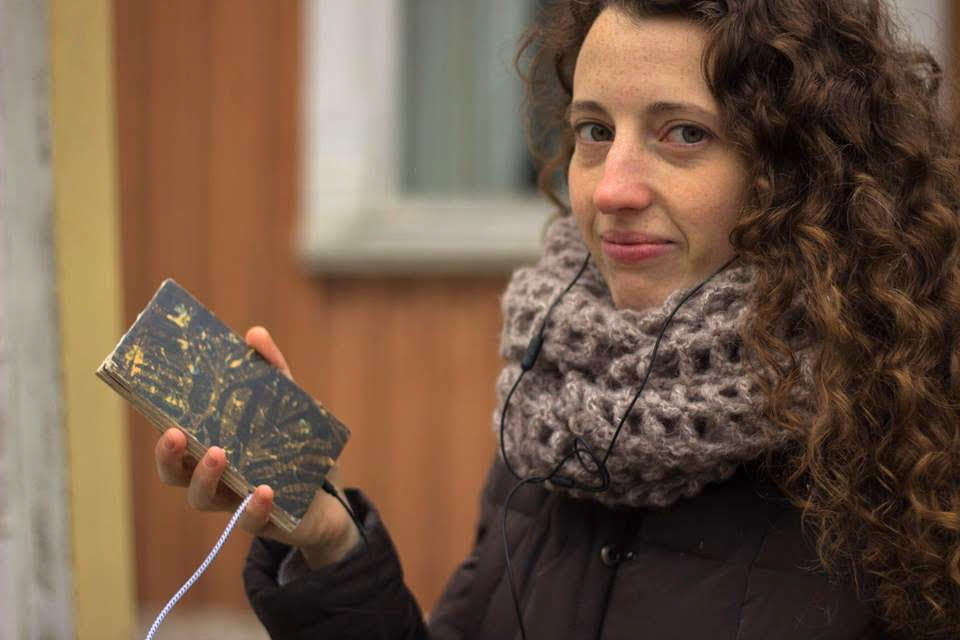 Artists Nicoletta Favari (piano) & Christopher Salvito (percussion) with classical music education have been collaborating as Passepartout Duo since 2015. While traveling around the world they take local influences in their own compositions. Passepartout Duo has sought to revitalize the forms and practice of contemporary music through immersive events, interpretive music videos, and interdisciplinary projects that emphasize blurring cultural and aesthetic borders. Striving to be catalysts for the global mobility of art and artists, and also to collaborate across disciplines, the Duo has performed the works of emerging and established composers. By creating films that document their interpretations and compositions, they seek to showcase contemporary classical music in accessible formats and through online videos.

Passepartout Duo has presented their work at a variety of music festivals e.g. in Great Britain, Cuba, United States of America, Iceland, and the Faroe Islands. As an ensemble they have been awarded fellowships at the inaugural Eighth Blackbird Creative Lab (US), residencies at the Swatch Art Peace Hotel in China (2019-2020) and the Embassy of Foreign Artists in Geneva (2019), and exhibitions at The Factory in Iceland (2018) and at the Nakanojo Biennale in Japan (2019).