Orienteering involves navigating one’s way between specified features of a given terrain with the aid of a topographical map and compass. Also central to the sport is an ability to combine visual literacy, strategic decision-making and the use of a highly refined system of signs, symbols and markers that universally signify terrain across continents, landscapes and languages. These abilities are as important to the orienteers as to the artists.

As an artist, tourist and orienteer, Hannah Jickling used Featured Features to create a series of inside jokes, mediated through the terms of international orienteering regulations. Participants in Featured Features could expect to find unusual waterways, hand-crafted buildings and elaborate vegetation boundaries which stretch the potential of standard topographic symbols. The rules and conventions of sports were ‘fair game’ for artistic reframing, community involvement and the discovery of new hybrid forms. Some of the checkpoints were inside the Rauma Art Museum, in private yards as well inside the Visual Art School. By bringing athletes and aesthetes together in this Score-O style event, orienteering gained a new discipline - art orienteering - while art got a cross- disciplinary workout.

Residency started with Hannah Jickling’s participating to Wednesday-orienteerings arranged by local association Rasti-Lukko and getting to know some orienteers. Rasti-Lukko took the challenge with an open mind and their members made a new map, placed the checkpoints and listed the participants at the registration in Café Sali Lounge.

The orienteers were assumed to cope form the 6,6, kilometres long route of 22 checkpoints within an hour. For the other participants more time was allowed. Checkpoints were scored by the distance and by the hardships. The first 25 registrants of Featured Features won a limited edition ‘Noble Boulder Badge’, designed by the artist, extracted from Berndt Lindholm’s Seascape on view at the Rauma Art Museum. This featured feature functioned as a wearable reward for sporting achievement.

The checkpoints were supposed to be found with orienteering signs, but instead of nature elements some pointed artworks; like one near the hospital was marked as a stream, which could be noticed from the artwork above the checkpoint. Also inside the buildings some rivers, distinctive trees or staircases were those visible in paintings. 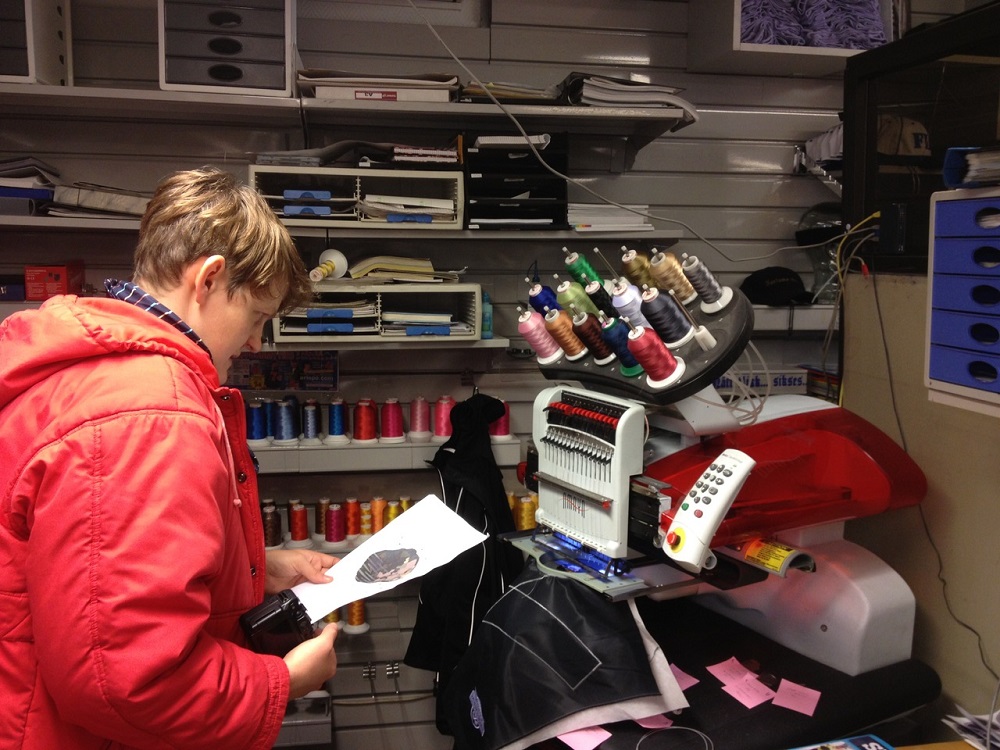 Hannah and embroidery of the badge 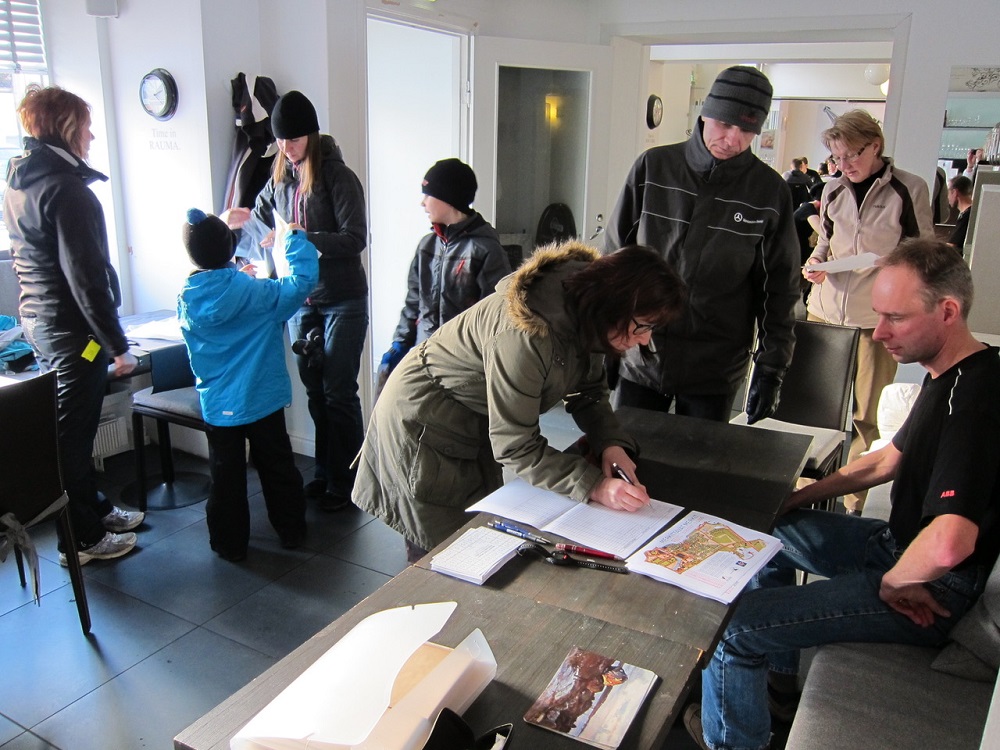 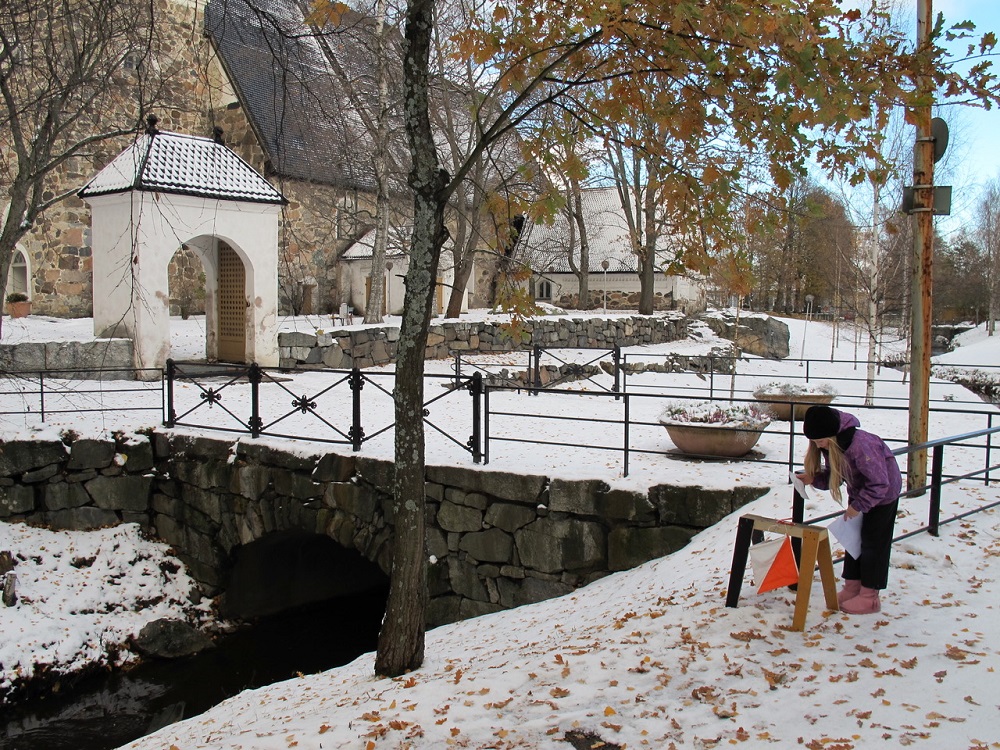 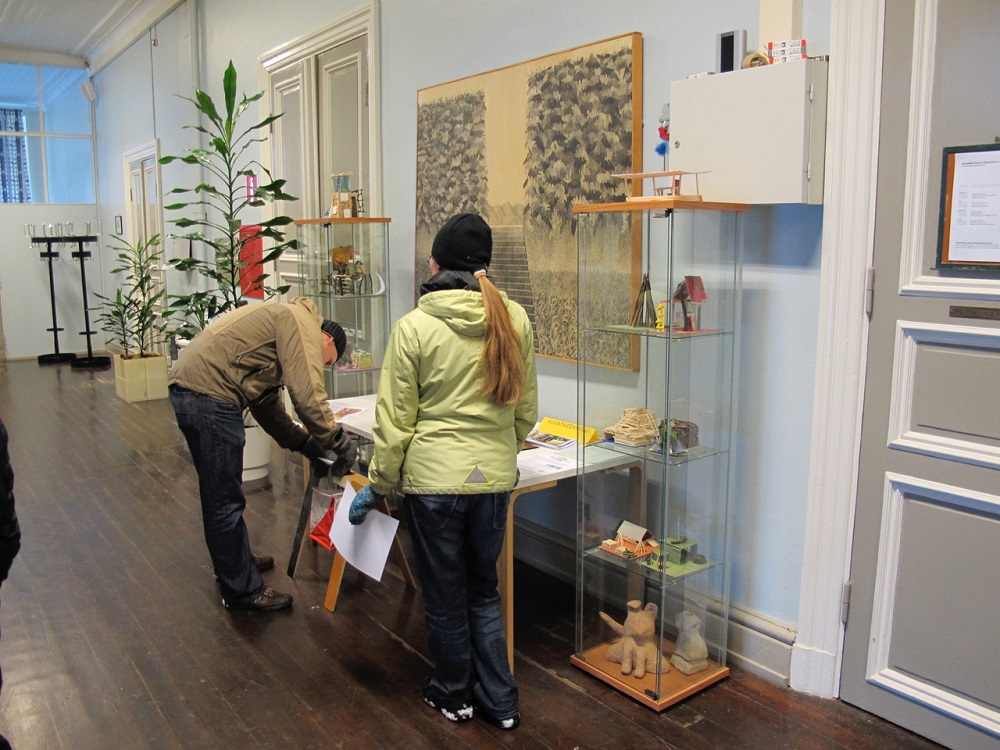 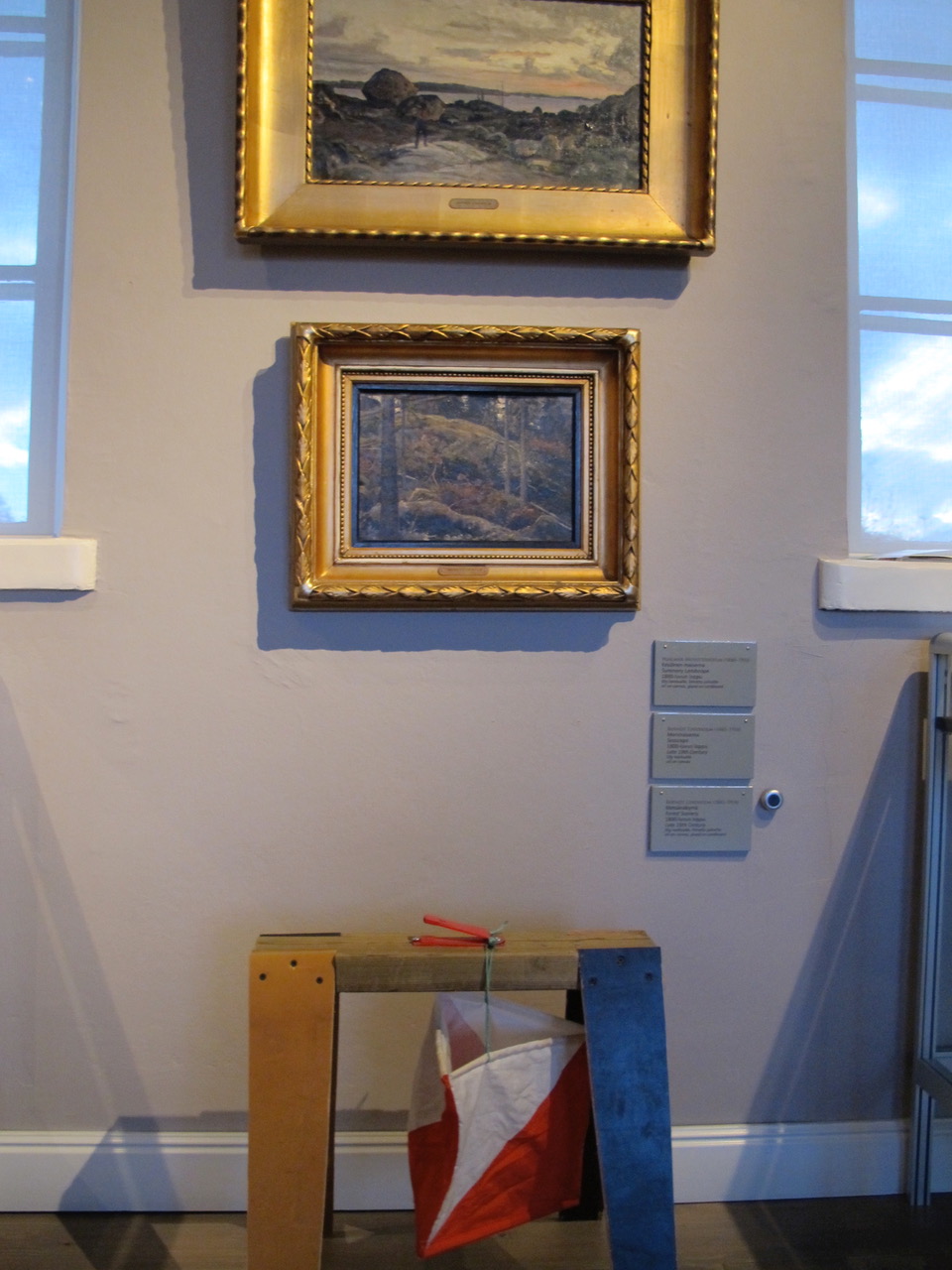 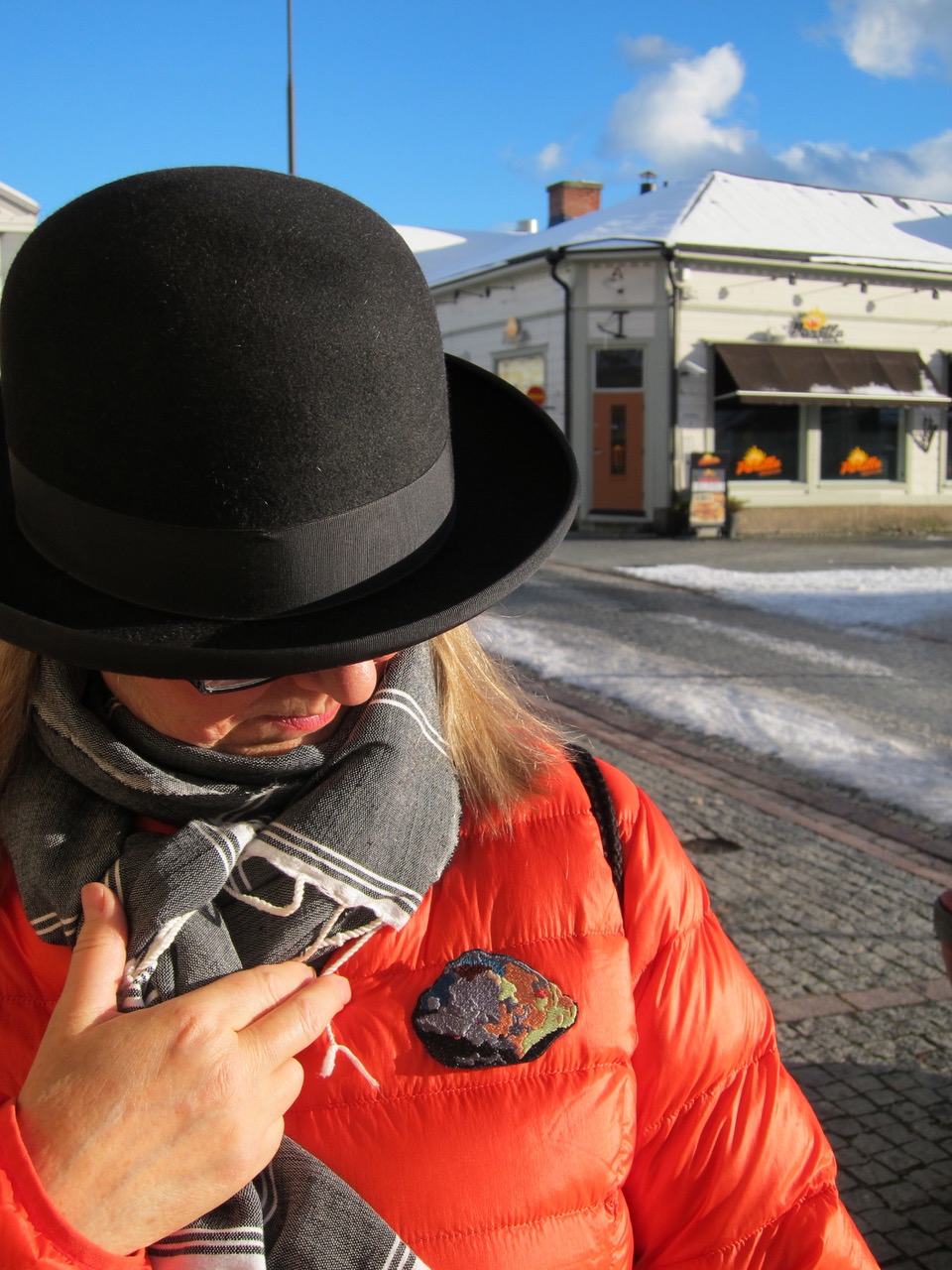 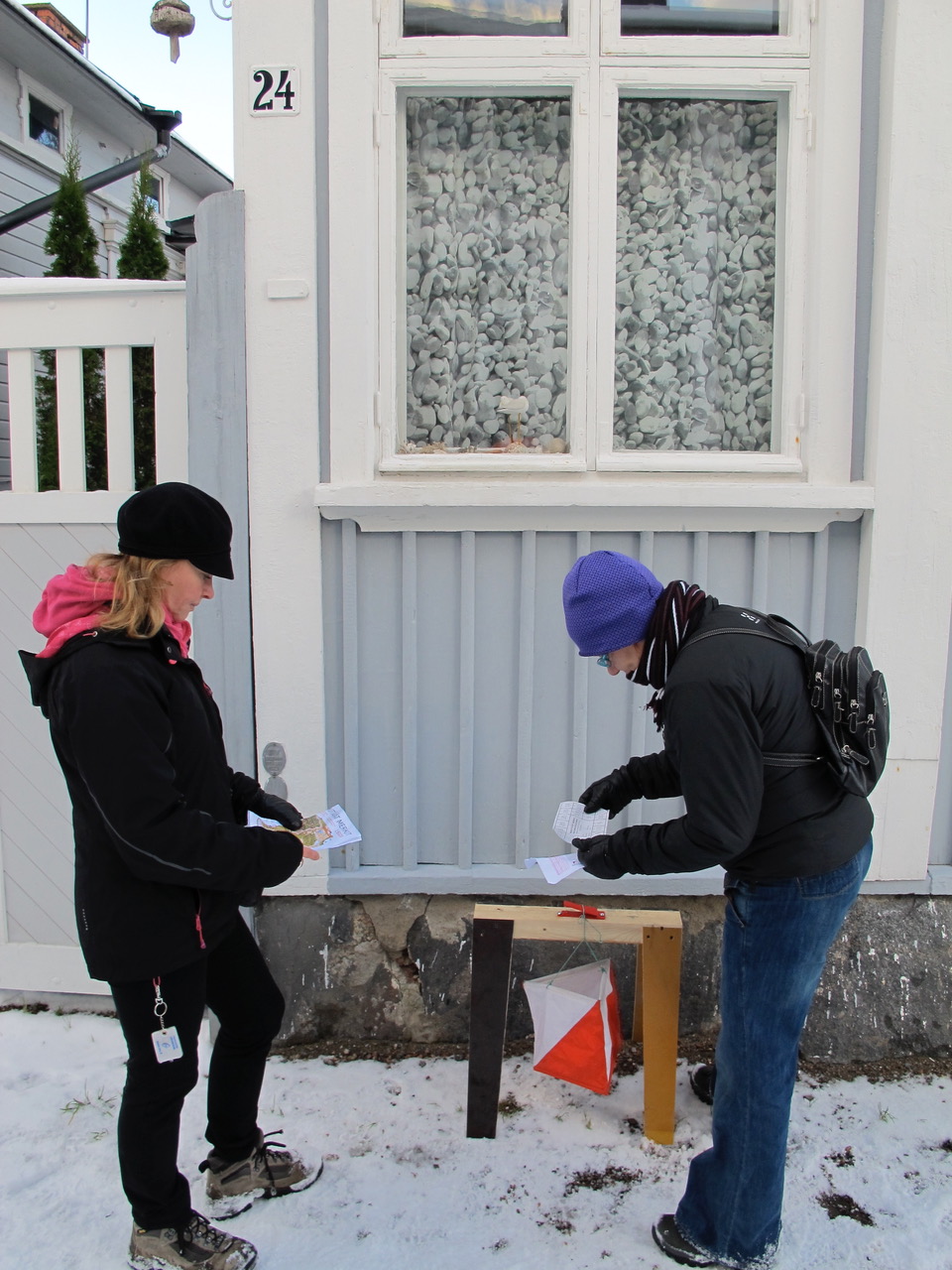 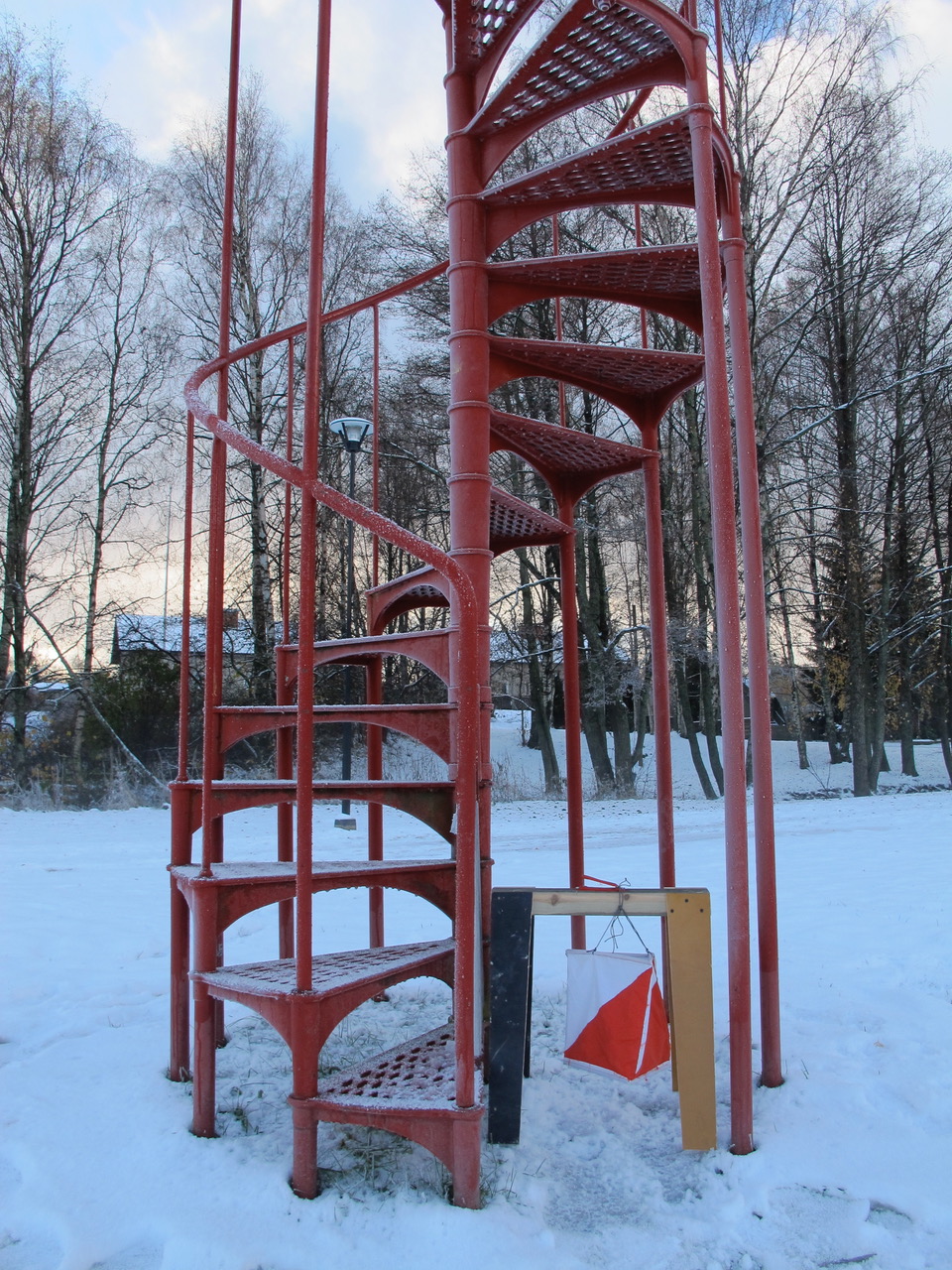 From the Canadian north, Hannah Jickling currently lives and works in Toronto. Her project interests look at sport, outdoor recreation and education as models for performance, participation and engagement. As a teenager, she was a member of the Yukon Orienteering Association’s youth squad and, in addition to working with Rasti Lukko, has collaborated on orienteering-based art works with the Columbia River Orienteering Club in Oregon.