The project began by visiting and photographing trip to the Old Rauma, where cellars were seen and brick walls photographed. Attention was focused on structures combining wood and brick and different ways of making cellar vaultings. Pupils were also learning about the history of the Old Rauma.

After this, the pupils fired dozens of small red clay bricks of the Finnish red clay. From bricks an Old Rauma building with a brick as well as a wooden part was designed and built. In the exhibition there was also pupils' drawings of brick buildings, as well as photos of the project.

Anne O'Neill's own contribution to the exhibition consisted of videos and a slide show. Last November she photographed soil excavation and transport at clay quarry of the Lagan Brick company at a small town of Kings Court. Clay dates from pre-Triassic period before the continental drift about 250 million years ago. In December the quarry was closed. In February, O'Neill visited the red clay village and factory in Kultela, Somero, where some of the pictures are from. Kultela, which has been temporarily closed, is the only red clay quarry in Finland.

Anne O'Neill and the pupils made also a 570-pendant of their own for the anniversary of the Rauma town. The material for the pendant was paper clay made of red clay silt and cardboard cores of toilet paper rolls. Guided by O'Neill the pupils had also a Skype connection with the 6th grade pupils of the Mel's National School in Drogheda town in Ireland singing Finnish songs and performing for them an Easter show. Accordingly Rauma students saw Irish presentations and greetings were exchanged on both sides.

With the Rauma Vendis, a group of ceramist in Rauma, Anne O'Neill fired red clay in paper oven at the beginning of April. They made discs of red clay with symbols from both the Irish and Finnish history. The discs formed numbers of a sundial. The Vendis are inhabitants of shores and islands of the Baltic Sea, a group of artists and artisans who respect the natural environment and the ancient skills and generate new forms of action. In the exhibition photos of this firing event were displayed. 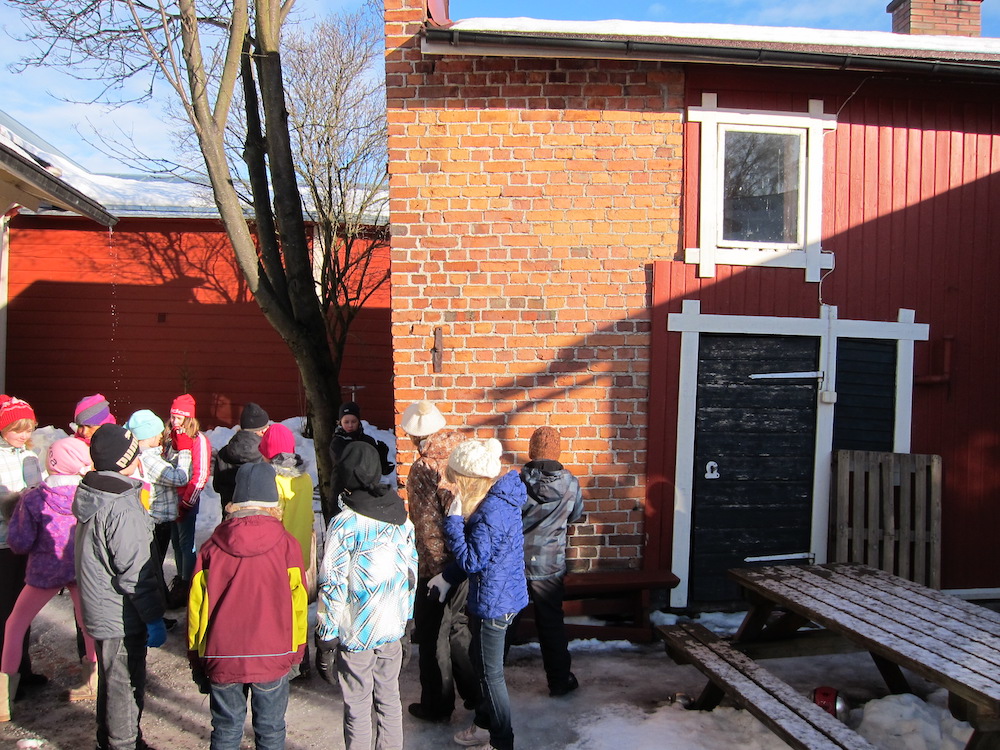 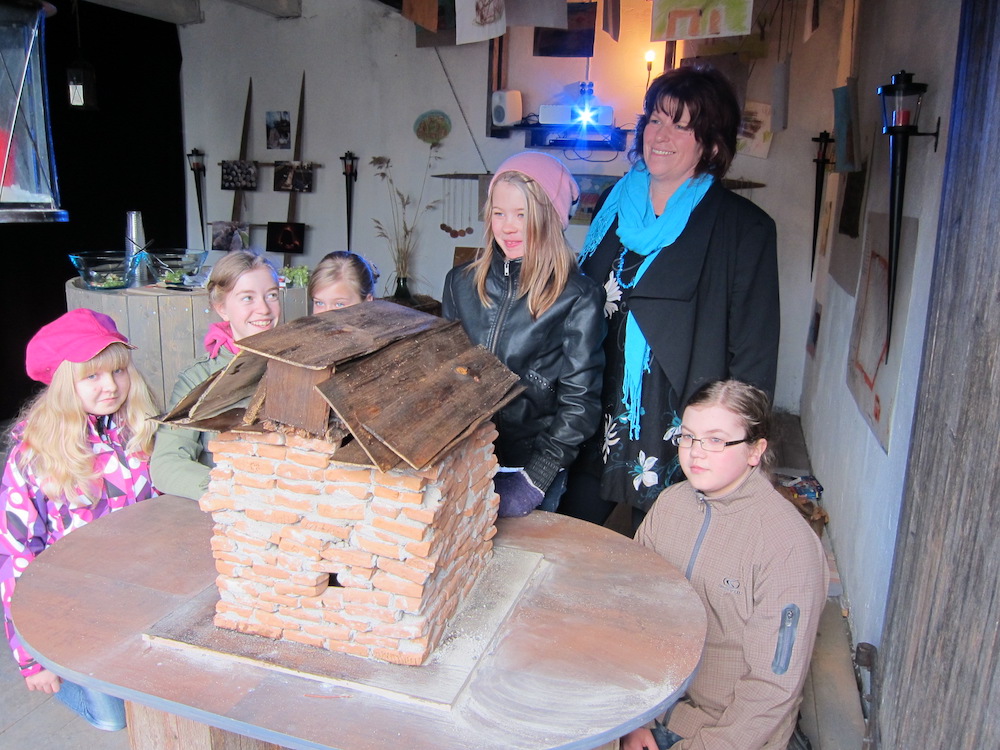 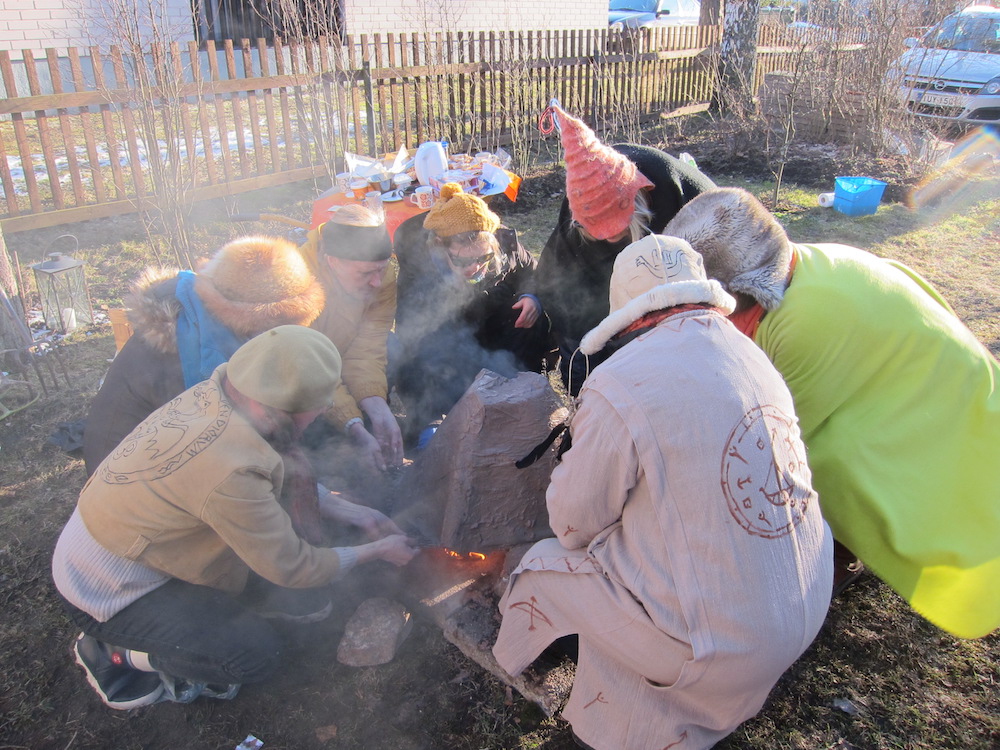 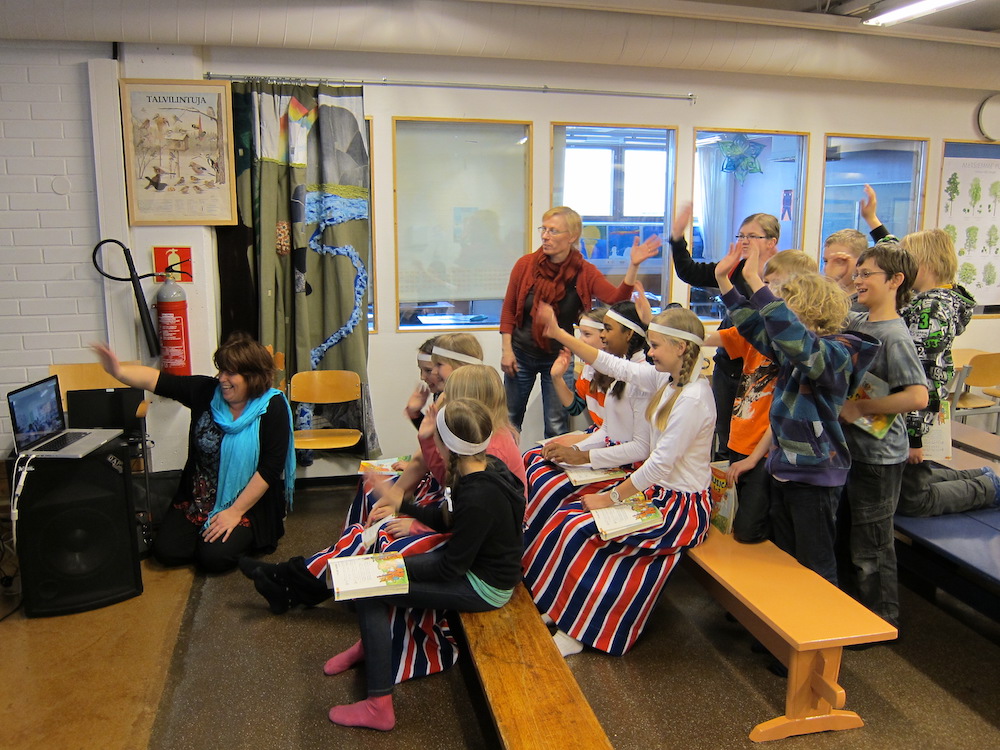